The company is probably one of the oldest Motor Coach Businesses in Gloucestershire.  The Company’s roots go back to the 1900’s when Thomas Letheren a wagon owner came to Lydney from Starcross in South Devon.  He started 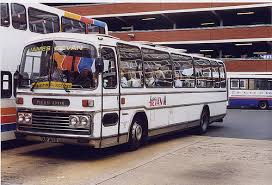 the Lydney Posting Company with a horse and wagon delivery contract mail from Lydney Rail Station to Coleford and Monmouth.  We are led to believe he purchased the first motor bus in Gloucestershire and by the end of World War I he was operating 14 buses, with the main bus route being from Lydney to Gloucester.  These bus services were sold to a newly formed company Red & White Services (Watts) together with the Victoria Street Garage.

However, Tom took to farming and only 2 buses were retained for the business to carry on with his two sons, operating from then on up until 1967 from the old J. Fenton Hardacre Garage in the High Street (now Tesco).

In 1967 ownership was passed to the Bevan Family from Soudley, James and his father (Roy Bevan) then operated the business until the late 70’s  the Letheren name then became James Bevan (Lydney) Ltd

In 1980 the business moved to The Bus Station in Hams Road where it flourished from a fleet of 4 to now a fleet of 12.

In October 2010 The Company moved to purpose built premises on Mead Lane Industrial Estate. It is now managed by husband and wife team Mark and Jana Zimmermann who are directors of the company and chaired by James Bevan. Leisure Breaks, Day Excursions and Private Coach Hire are operated as well as outside Vehicle maintenance.